Start this two-mile saunter where English royal history began; with Alfred, the only English monarch (so far) whose name is routinely followed by the Great. There he is, utterly unmissable at the eastern end of Broadway, all 17 feet of him from his base to his uplifted sword hilt. Fair enough – when he reigned, Winchester was the capital of England. And if he gives the impression of thinking it still is, he isn’t the only one round here.

Even before you take your first steps through this proud city, you come face to foot with one of its key industries, self-mythology. Bend your knee, but only to walk around the statue’s brazen majesty. With its mighty beard that does not match the clean-shaven image of the coins minted in his reign, it is as if the late Victorians were trying to channel the spirit of King Arthur’s even earlier and mistier reign.

Head west along The Broadway, with the Gothic Revival cliff face of the Guildhall building filling your view to the left. Only a few years older than Alfred’s statue, it’s all turrets and witch-hatted gables, the grandeur now more civic than regal.

Carry straight on into High Street, but not before you’ve got a good eyeful of the close Hampshire countryside rising behind you towards Temple Valley and Tichborne, beyond the eastern girdle of the M3. If you want to see, and feel, how motorways have performed the dual role of saviour and blight on old country towns, this location is as good as any.

As you walk along this thoroughfare, free of cars for much of its length, you are treading the ground from which nearly a millennium’s worth of pilgrims have embarked on the 120-mile journey to Thomas Becket’s Canterbury shrine, along the old pedestrian freeway of the chalk uplands. On foot truly is the way to go in this national capital of ancient ways.

Down at the west end of High Street, just before the roundabout, is the daunting form of the old debtors’ prison, long since pressed into service as the Westgate Museum, in which the attractions include walls covered in prisoners’ graffiti; also, the 13th-century Great Hall which is all that remains of Winchester Castle and which houses a venerable round table. Was it really Arthur’s? Well, it bears the names of his knights around the edge but, dating to medieval times, it’s basically modern furniture. Still, Hampshire Council is having none of your “table similar to the one…” and cunningly dubs it “the iconic Round Table of Arthurian Legend.”

Up Tower Street, heading north. In a city so packed with haunted rubble and half-vanished walls, the slabby modernity of the buildings on your left has a nerve. If the other side were to go the same way, you’d have an incongruously sterile valley for such a centre of conservation. But, as keeps happening in this eccentric streetscape, a couple of wiggles down a narrow road, over a brief pedestrian precinct, and Winchester reclaims itself. That is to say, it resumes its productive partnership with the past, as you will see shortly after you have turned right into Jewry Street, passing the Theatre Royal and the Discovery Centre. Here’s a fine row of listed houses, jolly nice thank you, without being ostentatious. They look for all the world like homes, until you see the signs. One such is bang in front of you on the pavement: a hi-fi store. Next door, a solicitors’ firm. True it was founded in 1799, but that’s almost modern for a grid standing on such a quantity of Anglo-Saxon and Roman matter.

Here’s the patterned brickwork and timbering of a medieval house which was occupied by one Nicholas Waller in 1509. It says so above the doorway. Above that is the less local blue logo of the Loch Fyne Seafood Bar and Grill. On the front of its similar neighbour, the broad belt of the Manpower sign, facing the Wagamama in Century House, which still looks exactly like the Hampshire and Friendly Society building that it once was. Meanwhile, the Old Gaolhouse has reformed itself so thoroughly as to be a free house, complete with a Wetherspoons badge.

At High Street, turn left, then first right down St Thomas Street towards a picturesque maze of tight medieval lanes. Third left into Minster Lane, left at the elbow into Little Minster Street then immediately right into Great Minster Street. If this flurry of Minsters hasn’t alerted you to the appearance of something seriously ecclesiastical, the view as you cross The Square will do the trick. For here it is, the great cathedral, boasting the world’s longest medieval nave. It is moored near the base of the city like a fantastical galleon, and surrounded in its close by an abundance of historic buildings dating from the time when the cathedral was a priory as well.

Because of its rather squat, pugnacious tower in the Norman style, it does not keep declaring itself to the town below in the manner of Norwich or Salisbury, but its coalition of grace and audacity is the equal of any cathedral in the land. As such vast spaces of worship go, it is also on the friendly side, full of tours, concerts and much-attended services. Just as well, since its upkeep costs an eye-watering £10,000 a day. A mature army of volunteers bears smiling witness to the hard work of heritage. Tempting though it is to have Winchester as shorthand for an obsolete England, that remains premature, just.

Slope off down towards the level calm of the river Itchen. Do this by way of Dome Alley, 90 metres to the south of the cathedral. Where it turns into St Swithin Street, go left through the archway into College Street. A tiny, timeless team of cricketers is emerging from the Pilgrims’ School, impeccably whited and swinging their bats in the air. Confident calls and flaxen Boris-hair. Then you’re passing yet another solemn old stone wall with small windows. This is Winchester, as in the college. In the court beyond the entrance arch a black-gowned student flits across like a crow in the slipstream of these precincts’ mighty alumni: Hugh Gaitskell, Richard Crossman, Willie Whitelaw, Geoffrey Howe; bankers, bishops and barons of lesser fame but comparable influence. The place has been here for 600 years, and who’s to say it won’t do another such stretch, standing on a line of eminence rather as a town stands on a river.

And yet; just over the road stands the glorious, sobering waste of Wolvesey Castle, in 1554 the scene of Queen Mary’s and Philip II of Spain’s wedding breakfast, and destroyed less than a century later by Roundheads in the English civil war. Even from the wreckage you can gauge the palatial scale of what had once been the residence of bishops.

From the castle exit a footpath takes you north-east to join the west bank of the Itchen for a riverside walk up to the City Mill Bridge. Face left and you will find yourself looking at King Alfred once more, but in a different way. It’s his back view. He looks just as dominant as before.

Love These 17 Radical Quotes Will Inspire You To Love Unselfishly

30 Things Every Twenty Something Learns About Love Until 30 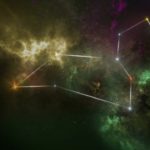